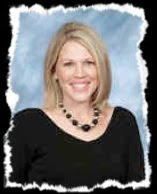 Full Circle ministry is not a curriculum or a program, but rather something that gives focus and language to how we as Christians arecalled to live into and out of our Baptismal promises to one another. It’s not new. In fact, it’s what we’ve always been called to be about and it’s how faith has always been passed on. This is not just a youth thing… it’s a congregational thing. Over this past year, as Bethlehem began to think about Faith Circles, we have begun to be more aware of the people in our midst who we are called to journey alongside.

In my own life as a mother of a 6 and 8 year old, I have marveled at the way my children get what this is all about. Out of curiosity, one night I asked them if they were able to name 10 people who love them and love God. At first they only named family members, but as we began to be more intentional about talking about the people around them that love them and love God, they caught on. My children name their faith circles at night during devotions and their circles have grown as their awareness has grown. When they claim a new partner in their journey, you can bet I make sure to share it with that person and the delight and honor on the faces of those who have been claimed is priceless. In doing so, they are given permission to enter into my children’s lives in a more intentional way. My children are leading the way as they claim these adults and call them to task in the promises that were made to them in Baptism.

As is always the case, relationships in Christ are never one-sided. As adults enter more intentionally into the care and responsibility of faith passing, we are beginning to hear stories of adult faith growth as well. Adults are beginning to think about the people who have been and who are currently a part of their own faith circles. In this the spirit reminds us of the important role each of those people has played in faith development.

In closing, a few months ago, I was putting my then 5-year old to bed and I was so struck by her giftedness. I said to her, “Kylie, do you know how many wonderful gifts God has put inside of you?” She looked at me perplexed and said, “But Mommy, I don’t know how to open them.” It was at that moment that I could look at her with all the confidence in the world and say, “Kylie, you don’t need to know, because all of the people that you name every night who love you and love God are going to help you!” I’m not sure what I would have said had she not been aware of her faith circle, but from her smile I could see that she felt the same confidence that I was feeling. Praise God!

PML works with all denominations. The theology is Christian, and flows from the Good Samaritan Story, with an emphases on relational caring, welcoming and affirming skills. PML is a good fit for many denominations and adapts well for various settings.

Send a Note and Sign Up For Our Monthly Tool Kit